The Fundamentals of Teamwork

Superstars defeated ...what were the missing ingredients?
(Originally posted summer 2010) 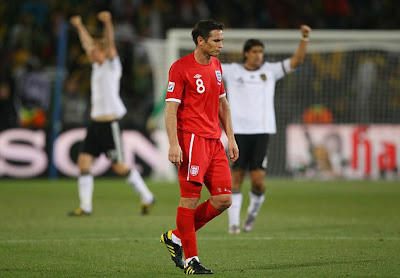 After England's performance in the World Cup, knives are out and hunters are looking for a scapegoat. We had some of the best players in the Premiere League, but they played disasterously. Who's at fault and what went wrong?

What factors may have been at play. Was it:

…or was it simply poor teamwork?

All of these factors are could have played a part. All are worth talking about. - As we’re talking about a group of great players, who when put together played disastrously, I’d like to scrutinise their teamwork.
When I analyse a team, whether they are superstars or fresh hopefuls, there are a number of fundamentals I look for that need to be present. Without these, no team will perform well.


The Fundamentals of Teamwork:

In terms of the England team I have my suspicions as to which elements were missing. Undoubtedly a shared mission was  present... but giving marks out of ten for the other elements, how would you score the England team?
And how would you score your own key teams? You may not be competing for the World Cup, but every business is competing at some level. Is your teamwork up to scratch or is there room for raising performance?

If you’re scoring below an 8/10 for any of these factors… beware the competition!
Even if they aren't sprinkled with Superstars!

Posted by Martin Riley Leadership and Business Development at 11:11
Email ThisBlogThis!Share to TwitterShare to FacebookShare to Pinterest