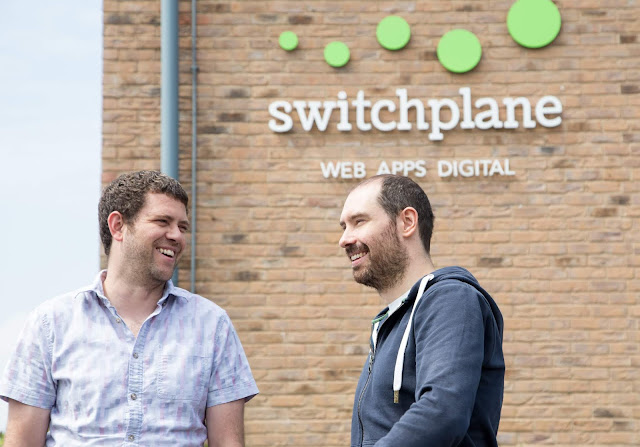 Tom and Joel Fielder, directors of inspiring tech firm Switchplane, share their journey; from two engineers coding in a bedroom, to one of the largest digital agencies in the region.

Joel: When we first started, just in a bedroom, it was touch and go whether we would carry on. We decided to take the plunge and move into an office in the town centre, it was massively high risk - we didn’t have the money for rent after month three - but we were glad we did as we quickly picked up a couple of big clients.

The problem we had, was that we were technically good, we can do coding all day long, but when it came to running the business; taking on staff, trying to work out our marketing plan, that’s where we had the problem. And I think that’s a common problem for small business owners.

Tom: Yeah, they’re very good at what they do - and it’s very easy just to stick with doing what you’re good at.

“We’ve been working with Martin for nearly 10 years now,
in that time he’s helped us grow from a team of three, in a basement,
to one of the largest digital agencies in the region”

Joel: It was at this time we met Martin. We were really struggling with delivery on both projects, and it was all becoming too much.

Martin instantly gave us some fire fighting techniques that we could use to get a grip on what we were doing. He helped us to put in some immediate changes and really change the business overnight, so we’ll always be grateful to Martin for that. 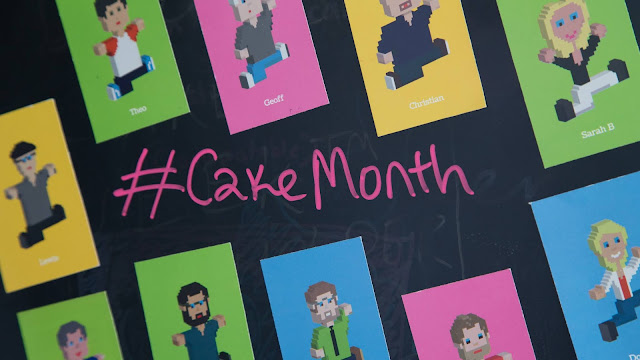 Moving Forward
Joel: Over time the challenge has evolved from day-to-day fire fighting, to looking ahead 18 months to 3 years. Working towards spending more time on business activities rather than just doing the engineering work, which we love. It’s been a long process, helped by Martin, putting plans in place and growing.

“As business owners, it’s too easy to get sucked in to the day-to-day.
Martin helps us to focus on the big picture stuff,
ensuring that we’re consistently working towards our long term goals”

Tom: Bringing a good team to sit behind us has been key to help that happen.

Joel: It is about the team; finding new people to join the team has been an incredibly difficult challenge. We had a couple of bad hires in the beginning but Martin has really helped us to refine the recruitment process.

We couldn’t do it without them so it’s been a long process of bringing in support teams. And then growing the engineering team. And it’s now beginning to pay off where we can be freer to focus on the more important business things rather than just engineering.

Tom: Having a bigger team means we can resource bigger companies and take on bigger projects.

We’re very confident now that our recruitment process is good, we have a good office, it helps to bring real talent to Eastbourne, which isn’t necessarily the first place people would think they would for IT.

It’s nice to know that there are great companies here now, like ours, which means people don’t have to go to Brighton and then go and do the whole London thing, you can have a tech job where you’re facing problems and challenges like we do everyday, and solve those, locally. 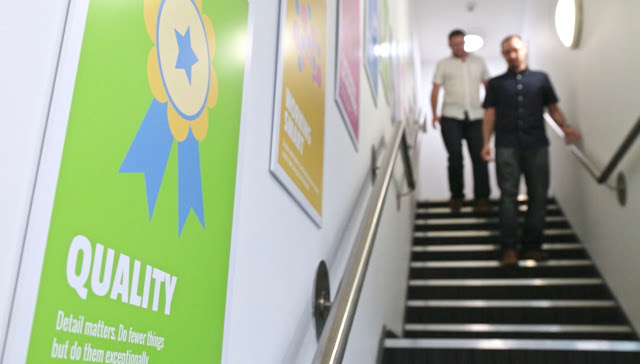 “Historically, custom built technology has only been accessible
to big businesses with massive resources,
looking forward, we want to bridge that gap
and deliver big business technology to SMEs across the country.”

To The Future…
Joel: In theory we can work anywhere on the planet. Projects need initial face-to-face planning, when there are lots of unknowns and risk is high, you can only achieve good planning with a face-to-face meeting, but as the project continues it can then be supported through video calling.

Tom: I think the major point is that it’s much more accessible to small businesses now, people are familiar with web apps, like Gmail and productivity tools, but they don’t necessarily think that they can have their own web-app that runs their own business, and that’s where we can come in.

Joel: Yes, I think there’s going to be a new generation coming through university now that are digitally native, they’re going to expect their employers, and the businesses they work in, to have access to these tools.

They don’t want to be doing stuff with rubbish technology, they want tools that are easy to use, that work, that are familiar… using facebook and social media they expect their business productivity tools to have that same feel, that same flow.

So if we can bring that big business style technology and go out to SMEs then we’ve got a good opportunity to help them solve those problems.


See Switchplane's portfolio and services on their website, or give them a call about your next digital project.


Posted by Martin Riley Leadership and Business Development at 04:00
Email ThisBlogThis!Share to TwitterShare to FacebookShare to Pinterest