What’s gone wrong in the England camp? - Do they all need Leadership Training?
(Originally posted summer 2010). 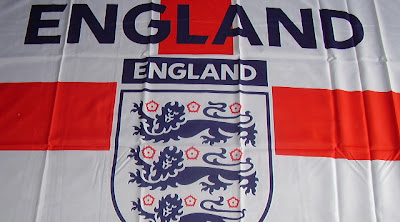 I’m not really a footballing man. And I’m not about to become a pundit. But I enjoy the World Cup and I know a thing or two about leadership. So I wasn’t surprised at the news from the England camp – players on the brink of revolt.
Two games have passed and England’s attempts have looked dire. It wouldn’t take an expert to see that the players look lethargic, clumsy and scared. There’s no flow in their game and certainly no delight in watching them play.
Contrast that with the feisty attempts from teams like New Zealand – hardly a team you’d expect to delight or dazzle – but they’ve played with spirit and zest. They’ve been defiant in defense and creative in attack. Compared them to England and it’s Premiere League players and New Zealand isn’t a team from which you wouldn’t expect so much.

So what does any of this have to do with leadership and business?
Where have England gone wrong with their team building and stress management of their players?
Enter a couple of key principles:

Principle 1: When the pressures becomes too great, team member performance will decline - or go into reverse.

Principle 2: People will follow a leader when they believe in their approach or plan.
In Part 2, read more about the leader's duty to minimise pressure and uncertainty on their team - so they can focus on doing their job.

Posted by Martin Riley Leadership and Business Development at 10:57
Email ThisBlogThis!Share to TwitterShare to FacebookShare to Pinterest